Brits are spoiled for choice when it comes to museums.  Whether you’re in the country or the city, you are sure to be within visiting distance of some of the world’s biggest, best and quirkiest visitor experiences.

Many of our museums offer free entry and exclusive  exhibitions and events – perfect for entertaining the kids, learning something new or just whiling away a few peaceful hours.

Here are our picks for the UK’s 10 best and most bizarre museums.

The British Museum is one of a kind. When it opened in 1753 it was the first national museum in the world, and it is still considered to be one of the most important centres of human history and study.

The iconic building houses some of the most famous and significant artefacts in history – from the Rosetta stone (the earliest evidence of linguistics), to the mummified remains of Cleopatra. Visiting exhibitions have included the Terracotta Army and a life size re-enactment of the lost villages of Pompeii and Herculaneum.

A history of locomotive travel with enough social and historical context to ensure a really engaging day out – not just for railway enthusiasts.

With 1,000,000 pieces of rolling stock alongside posters and prints from throughout the ages, you can see the impact that railways have had on our lives through engineering, leisure, the arts and more. And because the trains are waiting for you, you don’t need to worry about them being late!

Leeds Castle is one of England’s quirkier attractions; it has an actual moat, maze, falconry displays, a legitimately terrifying armoury and isn’t actually in Leeds. But its strangest feature is without a doubt the Dog Collar Museum.

The surprisingly large collection features hundreds of dog collars dating back 500 years, from medieval hunting muzzles to couture designs. The only catch is – you can’t bring your dog in with you. 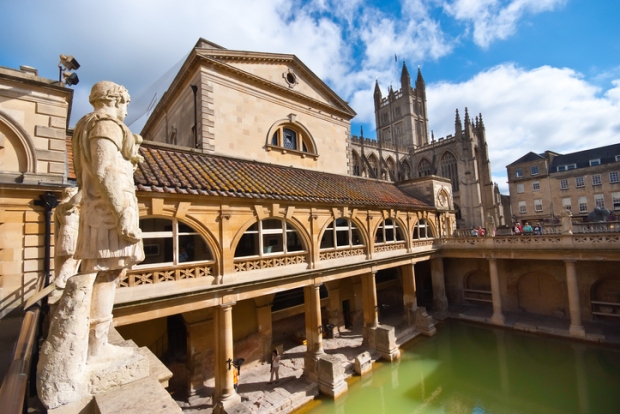 Making far more sense by being actual baths in Bath, here you will find one of the most striking examples of Roman heritage in the UK. Alongside a tour of this amazingly well-preserved location, you can try the famous spa water – known for its restorative powers.

High tea at the Pump Room restaurant is equally restorative, and you don’t need a swimming costume! There’s also no better way to make you feel like you’ve fallen from the pages of a novel by local heroine Jane Austen.

This tiny treasure trove of a museum is one of London’s hidden gems. Located by Lincoln’s Inn Fields on the outskirts of Bloomsbury, the building was once the home of the legendary British architect Sir John Soane. Over the course of his life he collected numerous sculptures, art works and architectural models, and he displayed each piece with meticulous precision.

In 1833, he successfully passed an act of Parliament which would preserve his home as a museum following his death (he died five years later). Today, everything is just the way he left it 177 years ago…but with fewer cobwebs than you might expect.

An exhibition titled ‘Lawnmowers of the Rich and Famous’ features a Qualcast Panther once owned by Jean Alexander (Coronation Street’s Hilda Ogden), a garden stake donated by Vanessa Feltz and Alan Titchmarsh’s trowel.

An extensive gift shop is attached, and yes, you can buy lawnmowers from it. 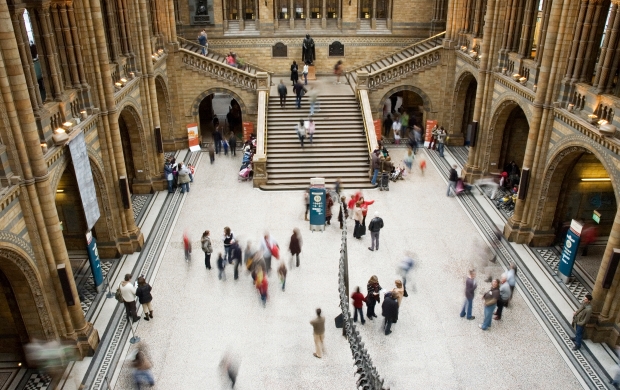 Like the British Museum, the Natural History Museum is a national institution. Located on ‘Museum Row’ (aka Cromwell Road), next to the V&A and the Science Museum, it is best known for the life-size Diplodocus who greets you upon arrival.

‘Dippy’ is on a UK tour until 2020 and has been replaced with the Blue Whale skeleton from the Blue Zone, but there’s still plenty to enjoy – including photographs, curios and interactive exhibits.

This vast countryside reserve features a working 1950s-style farm which is packed full of cows, horses, sheep, pigs and more. Visit in the spring to watch the sheep being sheared, and keep up to date with the latest arrivals via the farm’s own ‘LambCam’.

If the weather is against you, there is a huge indoor display spanning 300 years of Scottish farming history, while the Garden Detectives area is great fun for young children.

The biggest football museum in the world, with a staggering array of football memorabilia, including trophies, vintage shirts and FIFA souvenirs (remember the vuvuzela?).

During school breaks, the museum hosts a series of educational events and activities, and, if you time your visit well, you could even be there to witness the latest induction into the Hall of Fame!

Big Pit used to be a working coal mine until it was shut down in 1980. Now, former miners act as tour guides, taking visitors through the history of mining, the industrial revolution and a day in the life of the mine.

Wearing protective gear, you will descend down the mine shaft in a wire cage until you are 300ft below the surface. Then your guide will take you through the labyrinthine network of underground offices, recreational areas and tunnels, all of which have been preserved in their original state.