While John Ronald Reuel Tolkien’s legacy has left an indelible impression on film and literature, places to celebrate and learn more about the English writer, poet, philologist, and university professor are relatively scarce.

Yet throughout his life Tolkien lived, and was a frequent visitor to, some of the UK’s most splendidly scenic settings. And it is in these bucolic landscapes that he found inspiration for the land and locations of his beloved Middle-Earth.

In honour of Tolkien Reading Day (25 March), we have journeyed into Middle-Earth to find you the finest real-life locations and inspirations that helped bring J.R.R Tolkien bring the rich tapestry of The Hobbit and The Lord of the Rings to life.

If the subterranean beauty of the caves at Cheddar Gorge were not enough to sway you to visit then perhaps their oft-rumoured influence for the ethereal Glittering Caves in The Lord of the Rings might. Both Gough’s Cave and the smaller Cox’s Cave are open to the public and offer a stunning array of chambers and rock formations with a myriad of beautiful crystalline stalagmites and stalagtites.

So while you may be in the Somerset countryside, you will instantly feel transported to another world. It’s no wonder Tolkien chose to enjoy part of his honeymoon there.

Sarehole and Edgbaston, Birmingham aka The Two Towers & Hobbiton

Tolkien’s childhood in the village of Sarehole were described as the happiest years of his life, despite being chased around the village’s mill by the Miller’s son, whom he referred to as ‘the White Ogre’. Sarehole Mill directly inspired the irritable Ted Sandyman and his mill in Hobbiton. The two towers of Tolkien’s youth: Perrott’s Folly and the Edgbaston Waterworks’ tower also provided inspiration for the towers of Barad-dûr and Orthanc in The Lord of the Rings.

The Forest of Dean, Gloucestershire aka Fangorn Forest 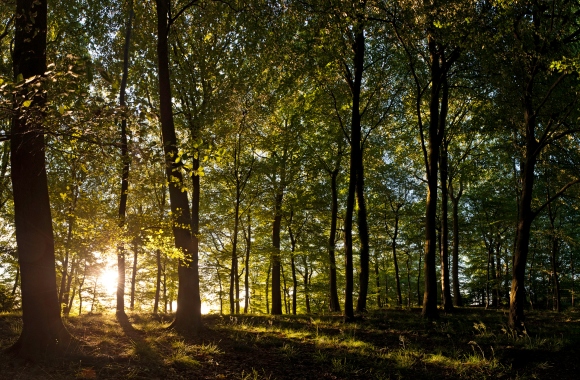 A similar strange exoticness can be found at Puzzlewood in the Forest of Dean – though this location is anything but typical. Puzzlewood’s unique ambience is immediate once you take a walk among the ominous ‘scowles’ and withered trees. Tolkien was a keen visitor to the region. In fact, at the time of writing The Hobbit, he advised on an archaeological dig at the aptly named Dwarf’s Hill in Lydney Park – a location rumoured to have been inhabited by goblins and small folk after the Roman exodus.

It is also here that Tolkien was alleged to have been told the tale of a cursed Roman ring with an inscription on the inside. Sound familiar? He started work on The Hobbit a year later.

The centrepiece of the Ribble Valley’s ‘Tolkien Trail’, it was here that JRR would spend weekends striving away on The Lord of the Rings whilst his son John was studying at the college in Lancashire. The region’s influences on his work are fairly clear: Stonyhurst was built by the Shireburn family, who named the Shirebourn River in the saga. There was also a ferry over the River Hodder that bore a striking resemblance to the description of the Buckleberry Ferry in The Fellowship of the Ring, a Shire Lane and a grey stone New Lodge, eerily similar to the description of Tom Bombadil’s home, views of the Misty Mountains and all!

Leeds, Yorkshire: The other Two Towers & The Royal Armouries 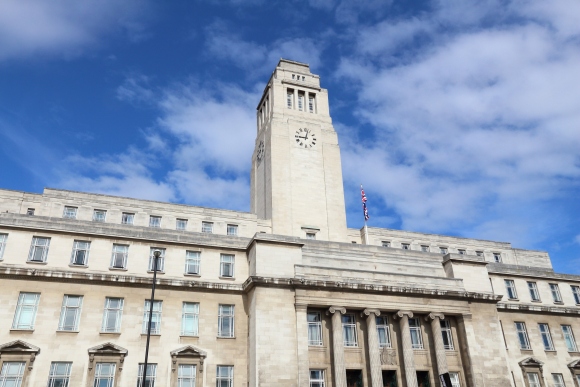 Tolkien spent 5 years at Leeds University in the 1920s before leaving for Oxford. It is thought that his time here – and the Anglo Saxon remnants dotted throughout the Yorkshire landscape – inspired the remnants of past civilisations throughout The Lord of the Rings. Of note is a theory that the stark white tower of the university’s Parkinson Building and the dark spire of a local church were the true inspiration for the Two Towers.

Whilst in the city, visit The Royal Armouries museum to see copies of Andúril, Strider’s Sword, Glamdring, and Sting from Peter Jackson’s film trilogy too.

The Eagle and Child Pub, Oxford

Tolkien honed his own craft whilst working as a professor at Oxford, forming a writing group known as the Inklings with his peers, including CS Lewis of The Lion, The Witch and the Wardrobe fame. The Inklings got together in The Rabbit Room at The Eagle and Child pub to recount tales of goblins, elves and witches. The ‘Bird and Baby’ is still open today if you fancy honing your literary talents, your Tolkien knowledge or just enjoying a nice drink in historic surroundings.

Northmoor Road in North Oxford is also well worth spotting. Tolkien lived at number 22 before moving to number 20, where he wrote The Hobbit and most of The Lord of the Rings. Finally, the University’s Botanic Garden is where he would rest against his favourite tree – a huge gnarled Austrian pine, similar in form to the fabled Ents from The Lord of the Rings. Incidentally, the location also inspired Lewis Carroll’s Alice in Wonderland and Phillip Pullman’s His Dark Materials trilogy too! 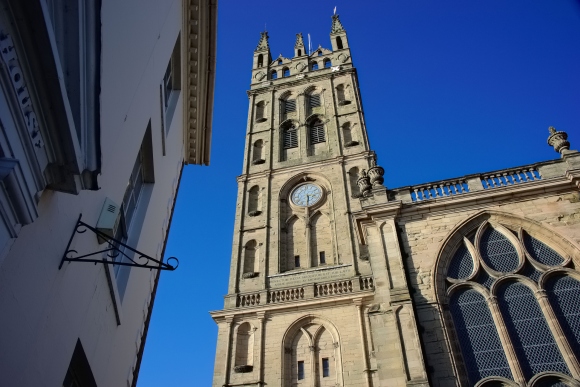 More concrete connections to Tolkien can be found at St Mary Immaculate church in Warwick. It was here that Tolkien married Edith Bratt on 22 March 1916. This beautiful Grade II listed building boasts a wonderfully elaborate design in keeping with its traditional Decorated Style. Of course, Warwickshire is no stranger to stunning historic buildings – or esteemed English writers. It was among the county’s rolling hills and historic buildings that Shakespeare honed his craft. Perhaps there’s something in the water?

How to create the ultimate festive welcome hamper

How to convert your property into a holiday let