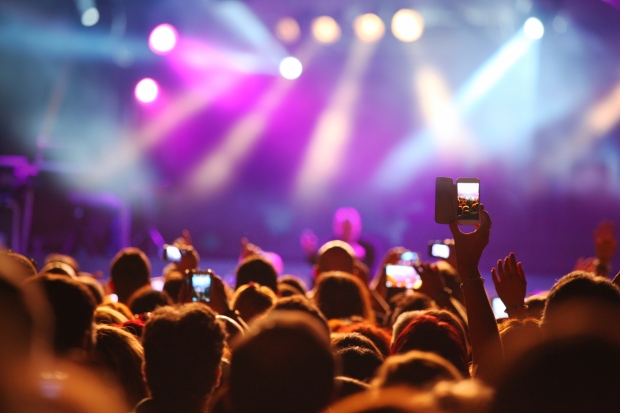 Forget Glastonbury. Britain’s festival circuit is buzzing with a slew of young pretenders, all vying for the business of the festival-going public. There has never been so much choice, with festivals ranging from the very small (Boomtown Fair) to the absolutely massive (V Festival); from the serene (Womad), to the challenging (Wilderness); and from the kooky (Standon Calling), to the eclectic (Latitude).

We’ve hand-picked the eight UK festivals which have proven that they are capable of drawing in the best names in the business and putting on a great show for everyone involved. Whether your idea of a perfect festival is bouncing around a mosh pit, discovering new music, or chilling out in a hot tub under the stars, just read to find your must-see festival of 2015.

No festival can lay claim to being ‘all things to all people’, but Latitude comes pretty close. Now in its tenth year, the Suffolk-based festival prides itself on a diverse collection of music, art, comedy, poetry, theatre and literature.

This is the sort of place where you can have a chat with Hanif Kureishi, chime in on a political debate with Andrew Marr and Kate Fox, then grab a kebab and catch a burlesque show before discovering your new favourite band at the Radio 6 Music Stage. And if this is all just too stimulating for you, simply cool off in the lake or make friends with the multi-coloured sheep.

MUST-SEE ACT: the surprise act…every year, the afternoon slot at the Obelisk Arena is occupied by a mystery performer who isn’t revealed until they come on stage. Past acts include Rudimental, Joanna Newsom and Thom Yorke.

Quirky is the name of the game at Standon Calling. This is the only festival where you can learn the lost art of taxidermy, bathe in an outdoor heated swimming pool, and embrace the Wild West theme at the on-site saloons and crazy nighttime antics. Oh, and there are some bands playing too.

DON’T MISS: The Dandy Warhols, in their only UK festival performance of the year (and their first one in a long time). Channel the Golden Age of Brit Pop with a rousing rendition of Bohemian Like You.

Boomtown Fair is not a festival, it’s a place – a temporary village which is only open for a few days every year, but certainly leaves an impression.

Attracting some of the world’s top names in reggae, punk, ska and gypsy music, it is a non-stop, 24-hour party town where everyone is welcome and anything goes.

When it first hit the scene in 2009, Boomtown was like nothing else on the festival circuit. It was wild, riotous, energetic and weird, with a rolling lineup rather than a set of headliners. Now that the secret is out, the Fair is attracting more and more big names artists (Stephen ‘Ragga’ Marley; Soja; and Flogging Molly, to name just a few), but that underground spirit is still very much there.

MUST SEE ACT: Gogol Bordello, who have the magical ability to get everyone dancing from the very start to the bitter end of their post-punk gypsy set.

If you glamping isn’t glamourous enough for you then take a look at our featured cottages for holiday homes all over the UK.

A monster of a festival; V is so big they’ve had to split it in two with venues in Staffordshire, West Midlands, and Chelmsford, Essex. The lineup is the same in both locations, as the performers play to one V crowd on Saturday night, then head to the other venue the next day (and vice versa). Rock out to festival favourites Kasabian, chill out to Hozier, emote to George Ezra, sing along with Tom Jones, and dance to Clean Bandit.

MUST-SEE ACT: the headlining set from Calvin Harris (Saturday in Chelmsford and Sunday in Staffordshire). Even if you’re not a fan you’ll find yourself singing along to at least one of his chart-topping anthems from the past few years. Eagle-eyed fans might even spot girlfriend Taylor Swift dancing by the side of the stage.

The Wilderness Festival pitches itself as one of the season’s most interesting artistic gatherings. Yes, there is great music, but the emphasis is on a multi-sensory experience which offers something a bit different from the usual festival experience. The best way to enjoy Wilderness is to throw away your schedule and see where you end up.

Wander into a talk on economics, walk over hot coals, get bench-pressed by the Mighty Moustache Sir Leopold Aleksander (the festival’s resident strongman), or learn basket-weaving at an outdoor workshop.

Blissfields is pulling out all the stops this year. To celebrate its 15th anniversary, the festival site is based around the idea of time-travel. That means futuristic light shows, emerging talent and the occasional wormhole hidden around the site.

You can expect to find more art installations here than ever before, as well as an all-new night time hot tub experience and a series of talks and debates covering fun topics such as the meaning of existence, our status in the universe and where it all goes from here.

MUST-SEE ACT: Subgiant – Expect an epic electro set filled with fond memories, in their first Blissfields performance since they met at the festival ten years ago.

Bestival has a habit of sneaking in at the end of the festival season and completely stealing the show. For a start, there’s the fancy dress theme, which everyone takes VERY seriously. This year, the theme is ‘Summer of Love’, so expect to see plenty of tie-dyed t-shirts, cheesecloth shirts, and floral garlands.

MUST-SEE ACT: The Jacksons – that’s right, the actual, real life Jacksons: Jermaine, Tito, Jackie and Marlon, performing all the hits of the Jackson 5. Considering they have a grueling Vegas residency, this may be your only chance to see them in the UK for a long time.

This is the ultimate world music festival, with a loyal following. The atmosphere is relaxed, family friendly and welcoming to people of all ages, from all walks of life – a true melting pot of music fans from across the UK.

Womad goes to every corner of the globe in search of the best and brightest traditional artists and up and coming musicians. The result is a brilliantly eclectic lineup, featuring the likes of a 76-year-old Brazilian diva (Dona Odete), a reinterpretation of Cambodian pop music from the 60s and 70s (Cambodian Space Project),  a Malian superstar (Kasse-Mady Diabate) and a Macedonian brass band (Kocani Orkestar), as well as established names such as De La Soul and Ghostpoet.

If you hate chart music, you will LOVE Womad.

MUST-SEE ACT: Ibeyi, the ridiculously talented French-Cuban twins who are tipped for huge success this year.

If glamping isn’t glamorous for you then take a look at our featured holiday cottages near to summer 2015’s must-see music festivals.