Watch the Skies: How to Spot the Northern Lights in the UK & Ireland 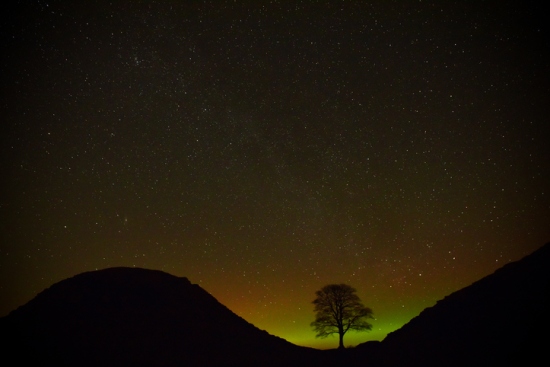 Illuminating our dark skies to the perpetual wonder of mankind, the Aurora Borealis are usually associated with the freezing north. But, armed with the right information and a little bit of luck, the Northern Lights can be observed even over British horizons.

The Northern Lights…what are they?

The Aurora Borealis (to give them their scientific name) are the striking streaks of light and colour sometimes seen in the night sky. Electrifying light shows they have long inspired pilgrimages to the northern tip of the planet. Depending on the conditions, the aurora can be seen as smudges, arcs and flashes of colour. They vary in intensity and in shade from blues and purples to greens, yellows and reds. Likened to a celestial lava lamp, this magical spectacle is actually the result of geomagnetic storms caused by the sun. Collisions of particles in the Earth’s atmosphere give off light, particularly towards the polar region, hence…the Northern Lights!

Stuff of myth and legend…

The Northern Lights hold a special importance in many countries and cultures. The ancient Greeks believed they were in fact the goddess Aurora racing across the sky heralding the new dawn; the indigenous people of Alaska saw the lights as the souls of animals they had hunted and the Vikings held that the spears of light led warriors to their final resting place in Valhalla.

So, apart from the North Pole, where’s the best place to spot them?

When conditions are right it is possible to see the Northern Lights all over the UK, even as far south as Kent and Cornwall although these sightings are pretty rare. Here are our top three, dark-sky spots to start searching… 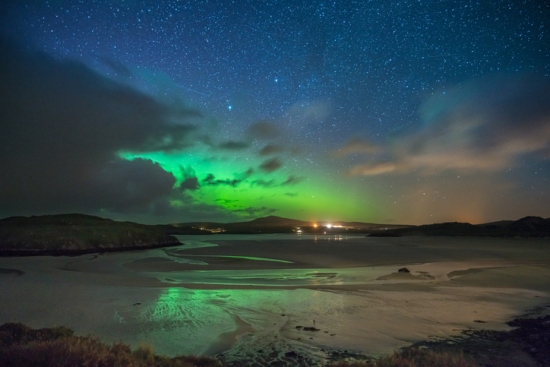 Because of its northerly location, Scotland frequently offers the best opportunity for aurora gazing. The far north usually enjoys sightings every few months. Our largest National Park, the Cairngorms, encompasses a Dark Sky Discovery site on the Glenlivet Estate and is a superb place to start. Head to the remote area around the old college at Scalan. Here, at the foot of the Ladder Hills you’ll find fantastic views to the north, and to the aurora.

Visit in autumn to witness the red deer rut. You’ll also find woodlands ablaze with colour and trees laden with berries and alive with birdsong. Enjoy cold, crisp walks in the shadow of majestic, snowy peaks. 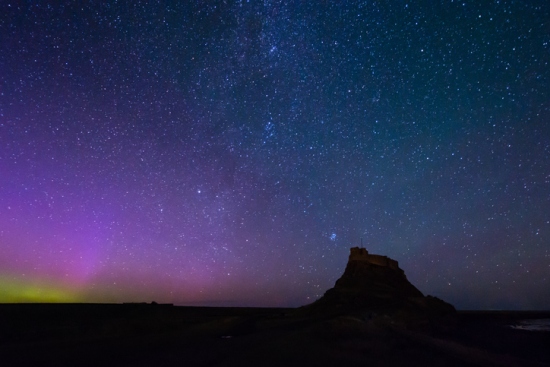 The far north of England is also a top choice for a chance at an intense aurora experience. Awarded a Gold tier designation by the International Dark Sky Association in 2013, the skies above Northumberland Dark Sky Park are officially the best place for night sky gazing in England. And they’re the largest protected area of dark sky in Europe. The coast is particularly good for chasing the northern lights.

Visit in winter for almost guaranteed glittering night skies. A myriad of stars, planets and meteor showers can be contemplated with the naked eye, or with a little help at the Kielder Observatory. In early spring, visit the stunning snowdrop festival at Howick Hall, or wait for the annual return of the osprey to the tranquil expanse of Kielder Water. 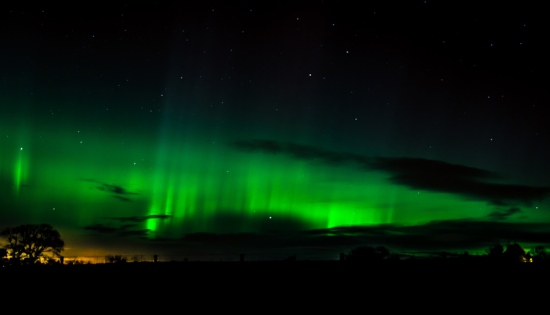 Occupying a wild spot in the north western reaches of Ireland is the unspoilt county of Donegal. As well as offering obvious beauty and solitude this coastal county’s location and lack of light pollution make it an ideal spot for sky searching. Malin Head is Ireland’s most northerly point and an excitingly wild place to start. On the same Inishowen peninsula, the village of Clonmany and the colourful coastal town of Moville offer the perfect combination of a decent vantage point with civilised benefits, such as a warm fire and a pint of Guinness.

A trip to Donegal should also include a walk along the wonderful Wild Atlantic Way, and you can begin your exploration of this dramatic, craggy coast from Moville. Stroll deserted sandy beaches and sample Donegal Bay oysters. The Irish coastline can also boast some of the best dolphin and whale watching opportunities in Europe. In springtime minke whales return to these waters, and basking sharks patrol close to shore. Autumn brings fin whales and huge pods of common dolphins.

When is the best time to scan the skies?

• It’s tricky to pinpoint exactly when the lights will make their ethereal appearance – it could be any time of year. In general though, we can expect more geomagnetic storms around the spring and autumn equinoxes. Longer, darker nights also make a sighting more likely, so plan a trip around February and March, or October and November.

• Have patience. The aurora don’t stick to a time pattern, but an educated guess would have you looking north between 10pm and 2am.

• You’ll need to get as far away from any light pollution as possible. The lights also require a clear night without any cloud cover and a view to the northern horizon.

• Fancy getting scientific? You can check online for upcoming periods of strong geomagnetic storm activity. The avid aurora hunter can even sign up to alerts from Aurorawatch or Astronomy Ireland who will let you know as soon as the perfect conditions are detected!